Give D! has some left-overs clips up on Shred Or Die. Don’t worry, they shredded so they’re still alive.

In related news, here’s an update from Sir Alex of Giveth D Clothing:

We’re still filmin’ for our D!vd that comes out in about 2 weeks at Interbike and the crew is droppin’ like flies. Steve Kennedy lives in the middle of nowhere up in Nor Cal, Tammy destroyed his knee and had to go to the ER, Hoang dislocated his shoulder, again… Gary just peaced out for Dew Tour today and Albert is a business man deluxe building Tony Hawk HJ bikes behind the scenes at Wal-Mart. We’ll slop a nice DVD out though and maybe even make the dudes at Odyssey proud… I took some photos over the last couple days with my Sidekick, no action shots, mostly chillin’ this time. I’m big on Sidekick photos because they look like crap and you gotta shoot everything way early due to the lag on these bad boys. – Alex

Hit up the jump for photos and captions. 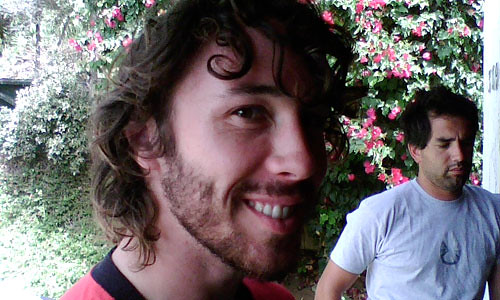 Turns out that our very own Gary Young, looks good with a beard… We were pretty stoked on the progress of his beard since the Give D! San to Van trip, when it was only stubble. B00ftop looking disgruntled like always in the background… 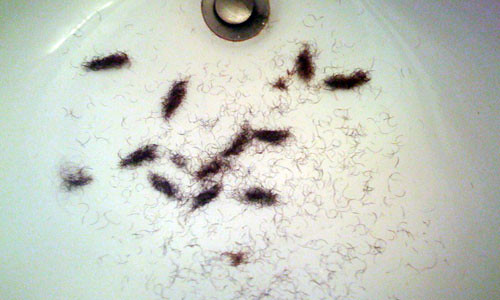 Good thing I took a picture of Gary yesterday with the beard because he sent an email today… The topic read “beardtrayal”, I knew exactly what happened before I opened it. I was very offended when I saw these little pube scraps in the sink. 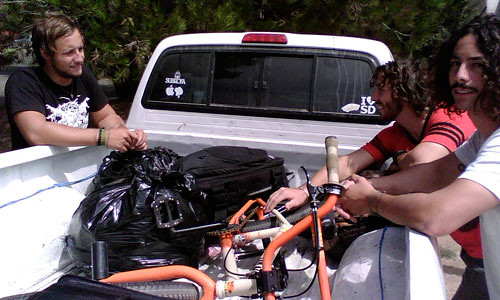 Some of the dudes, huddled around Kyle’s truck as we figured out a place to film. 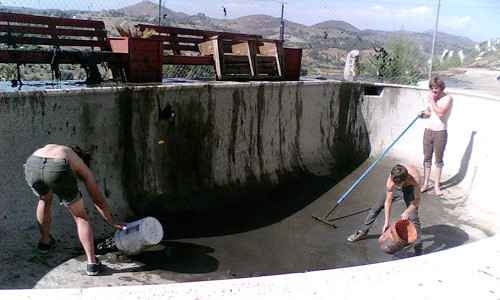 In other news, we cleaned out a pool the other day in the blazing hot sunlight… Then Gary went there the next day and kicked its ass for The Koz Man and added a clip to his Give D! section. Keep in mind he still had a beard…