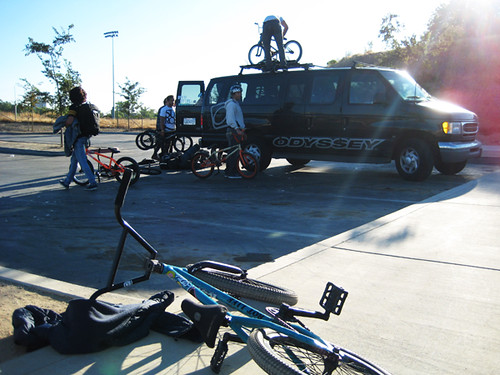 The first park we rode on the San To Van trip, we started riding at 6AM and we were given the boot by 7:30AM, nobody in the park but us… Pretty lame, but a good time regardless.

We just recently went on our first legitimate Give D! trip, the Give D! San to Van trip! We shredded, filmed and got our rot on in numerous parks, spots and stops. There were 10 of us crammed up in the Odyssey van, stinking it up and leaving our mark everywhere we went. Sometimes that mark was a little bit of litter at a spot or park but we’re trying to end world peace so it just so happens to work out. Fun was had at every stop, we terrorized everything and there were surprisingly minimal complaints about us throughout the entire trip. We all came back broke, tired of each other and sore, I would say that the trip was a complete success. All the footage from the trip will be seen in the Summer of Rot D!vd or in the Shred or Die edits that are due out soon as well, keep an eye out… 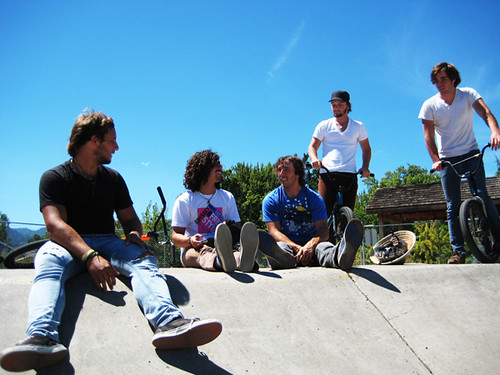 Everyone rotting in the mid day sun at Talent skatepark in Oregon, We collected on some good stuff here. All of which will be in the Summer of Rot D!vd. Gary with a big ol’ one handed flatty at Burnside, better believe that SD/DBI style is all over that there table. 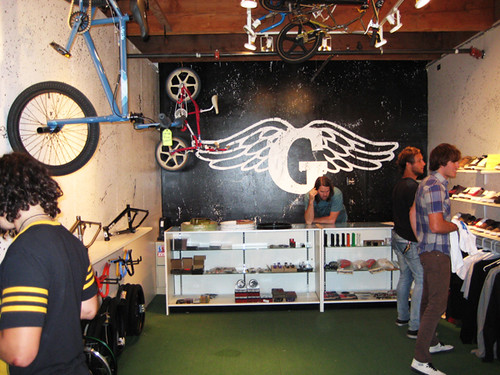 We made a stop at Goods, we were pretty stoked on the shop and Shad’s pony tail for that matter. Here’s Shad Seagal taking care of a phone call, only moments after breaking numerous necks. This is how we lock our bikes up at food stop and thats how Gary gets metal for a picture next to a mound of metal. 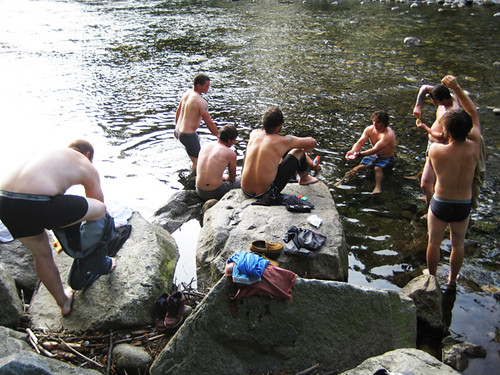 Towards the end of the trip, we ran out of places to shower and freshen up… So after shredding Vancouver spots, we all skimped down and bathed in the river next to the snake run. Full homo. 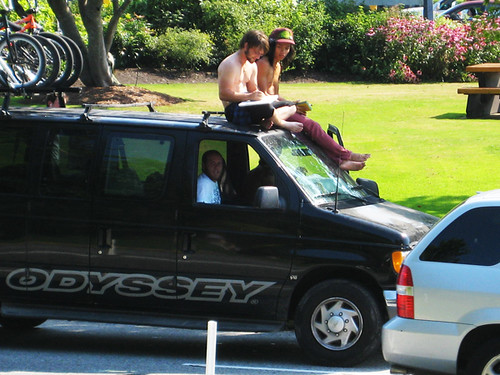 You have to sit in an awesome long line of cars to get back into America from Canada, so everyone went out and found something to do. Some people wandered around the memorial area and others read books on top of the van while moving through the line. 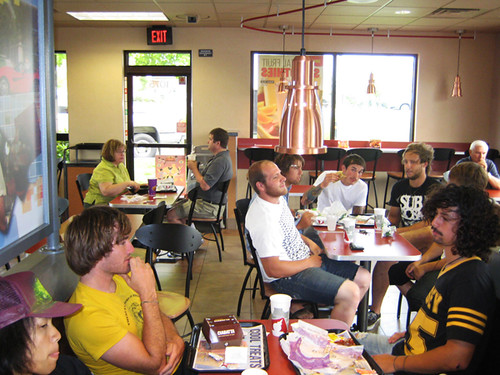 We were all pretty taxed of our funds at the end of trip and completely over Canada’s high price of living. So as soon as we made it back over the border we indulged in the glorious dollar menu at Jack in the Box. The lady staring me down from the back left was real bummed on my sloppy attitude and questionable tattoos. She definitely didn’t expect a bunch of crude, smelly, worn out dudes to romp in on her little lunch. America!