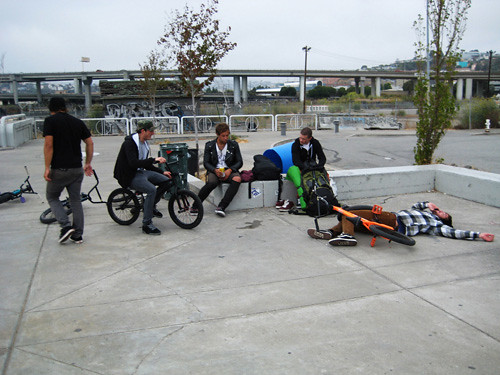 The GIVE D crew recently tripped up to SF for some footage capturing and good times. Alex wrote a brief rundown, and sent some pics.

The D! Crew just came back from a long weekend in San Francisco, where we were filming for the upcoming Give D! vid. We also happened to put in work for a possible Lotek edit, all of which is yet to be decided though.

Regardless of what we were filming for, we all had a really good time shredding spots, hangin out, driving in caravans and disobeying all possible traffic laws. We shredded numerous parks, slept outside, ate poorly and rotted out quite a bit as well… Berkeley skatepark was shredded, Pacifica skatepark didn’t allow bikes, but we got the chance to flow around before we were given the boot. The Santa Cruz all bike park had some real awesome locals and the best damn curve wall set up ever.

Kyle and I both received parking violations, a couple dudes got a little broke off and just about everyone ran out of money. Luckily, we had Rooftop around, Rooftop was one of the dudes on the trip and took great care of the D! Crew when were lost, cold, hungry, broke… Nicknames for Rooftop on the trip were Booftop, RoofBoofs, PapaTop, Dad, HurleyTop, Ceiling Floor… I would like to personally thank Mike for kickin ass and being such a good dude to the crew and I. This trip may be followed by a Lotek edit soon or maybe you’ll see all the footage in the D!vd in September… Keep an eye out! 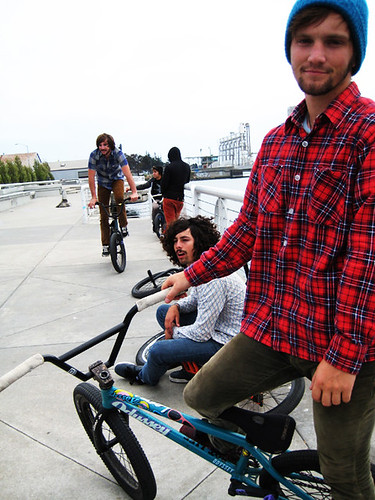 Tom Perry, otherwise known as Ohio, is featured here in the flannel. We recently added him to the crew and we think he’s found a good home out here in sunny San Diego. He’s known for his tech shredding abilities and knows how to jib with the best of em. 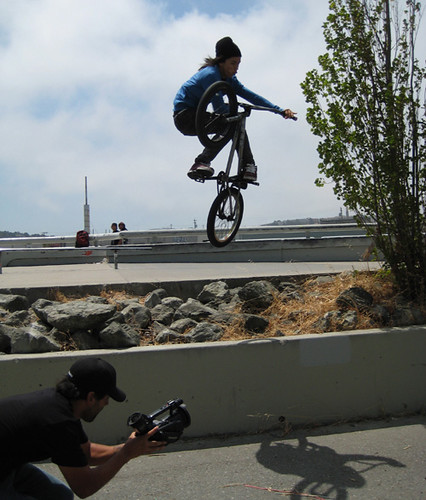 Hoang Tran with an Invert, Booftop puttin in work on the camera. 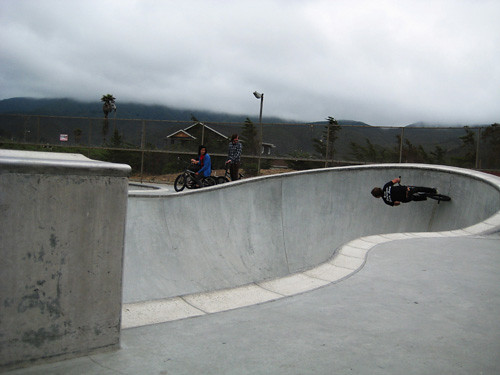 Kyle with a carve in one of the gnarly bowls at Pacifica skatepark. 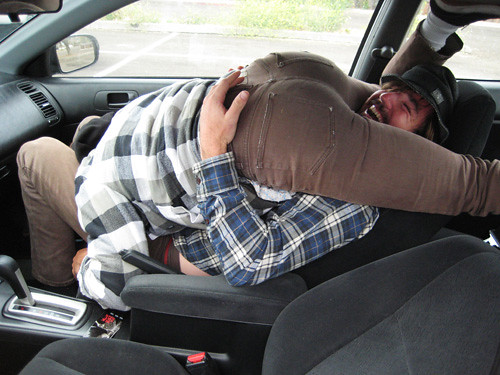 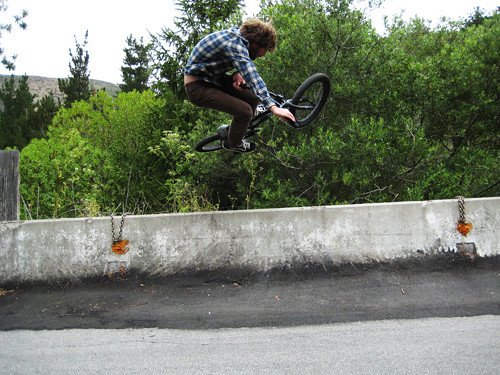 Kerrdawg excels in shredding jersey barriers and tabies are his choice of trickery on said barriers. 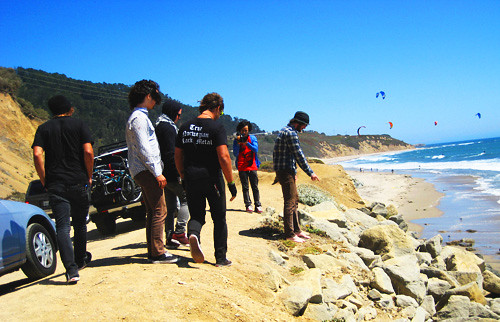 Most of the group can be seen here, but all of course happen to have their backs facing the camera. Hoang and I were filmin the boulders tumbling down into the water below, all of course being pushed by numerous hands and feet of the D! Crew.

VIDEO – ODYSSEY TO THE NUDE BOWL

Tommy Dugan and The Grandstand

“I guess that works” - @travishughes #odyssey

Give @ourbmxclips a follow and get in on the actio

@justinspriet from our ‘Odyssey to The Nude Bowl